Want to learn some Waterbuck fun facts and see pictures?

These large antelopes drink water daily and also prefer the quality grass that grows along river edges and on floodplains. 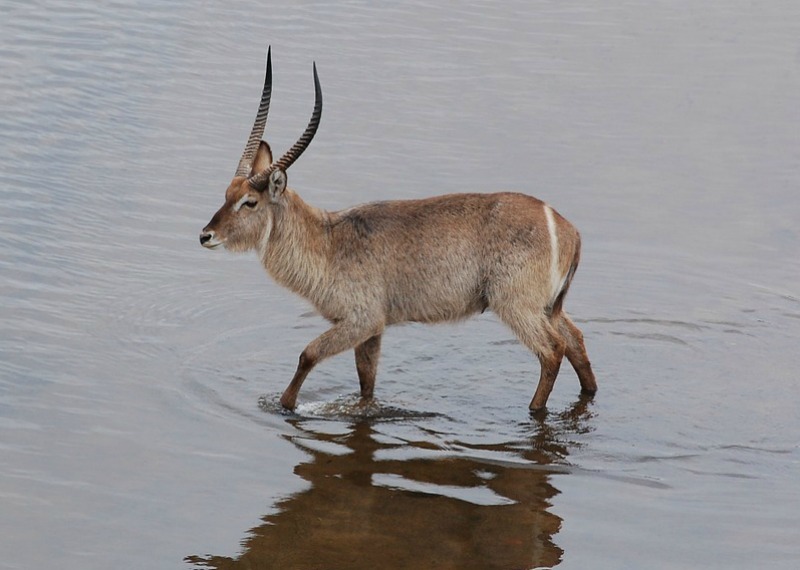 They also prefer the stony slopes  of mountain terrain.

They are stockily built, with short legs.

Color is greyish brown, with a distinctive collar on the throat.

Their coat is rough and shaggy in appearance and there is a ruff on the underside of the neck.

Only the males have horns.

Mature bulls have a strong odor.

What do Waterbucks eat?

They are mainly grazers with a preference for long grass.

Are these wildlife animals very social?

Females and non-breeding males live in herds of 6 to 12.

The breeding males establish territories in areas where there are a rich food supply.

Bachelors are kept away from the best feeding areas by the territorial bulls.

A territorial bull will tolerate the presence of a younger male who helps with territorial defense.

How do Waterbuck breed?

A territorial bull regularly tests the reproductive condition of females by sniffing of their urine and genitals.

If a female is on heat the bull courts her by rubbing his face and the base of his horns on her back.

He also taps her between her hind legs with a foreleg.

If she is receptive the female stands with her tail to one side. There will be up to 10 copulations.

A female leaves her herd to give birth and the calf lies hidden in thick cover for about a month.

The mother visits a few times a day for suckling.

The calf finds itself a new place to hide after each visit.

Calves are weaned at six to eight months.

How is dominance established among waterbuck males?

A territorial male advertises his status by standing proud with his head high and showing the white band on his throat and face.

If he stands broadside he shows off his size and the thickness of his neck. 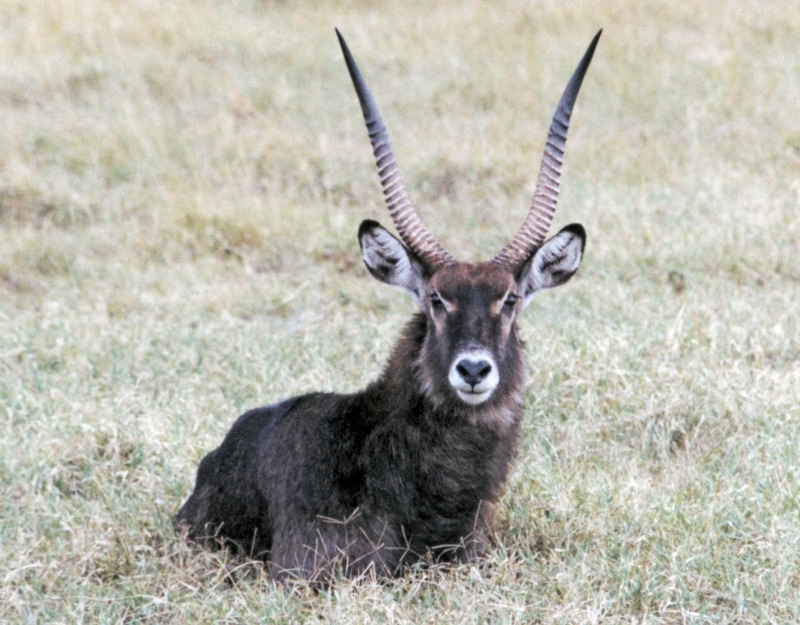 Lowering his horns and shaking his head is signs of a stronger threat.

A territorial bull also displays his status by horning grass and bushes.

Serious fighting is fierce and deaths from horn wounds are commonly fatal among these African animals.

Combat involves pushing with locked horns and attempts to gore the opponent in the flank.

A bachelor male may be tolerated as he moves through a territory if he behaves submissively by holding his head low.

Within the bachelor groups there are dominance hierarchies that are established by pushing contests.

Older, larger animals tend to be higher in rank.

What can waterbucks do when they are in danger?

These Africa animals lack both speed and endurance so they depend a lot on cover as a refuge from predators.

They readily take to water to avoid predators. 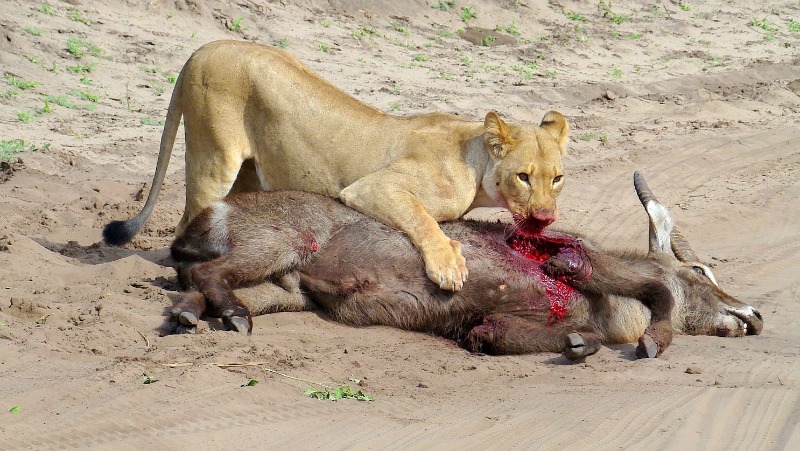 There is a belief that the meat of older waterbuck takes on an unpleasant odor from the secretions of its sweat glands.

This leads to the belief that predators tend to avoid them as prey.

This can however not be supported by accurate data.

What they do with their tails are a good indicator of what mood they are in.

Their behinds also help members of their group to follow each other and stay together. 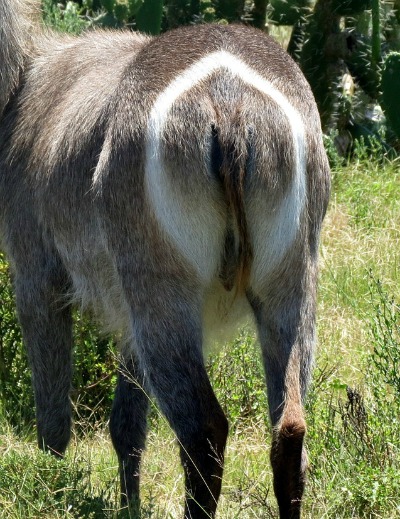 What parts of a waterbuck body help it escape predators?

The white target ring on the animal's rump help the herd keep together when it flees predators through dense bush.