What is a bush baby?

The Bush baby is a small, nocturnal primate. It is more or less the size of a squirrel.

Bush babies are primitive primates related to the lemurs of Madagascar.

At least 20 species of galago have been identified. 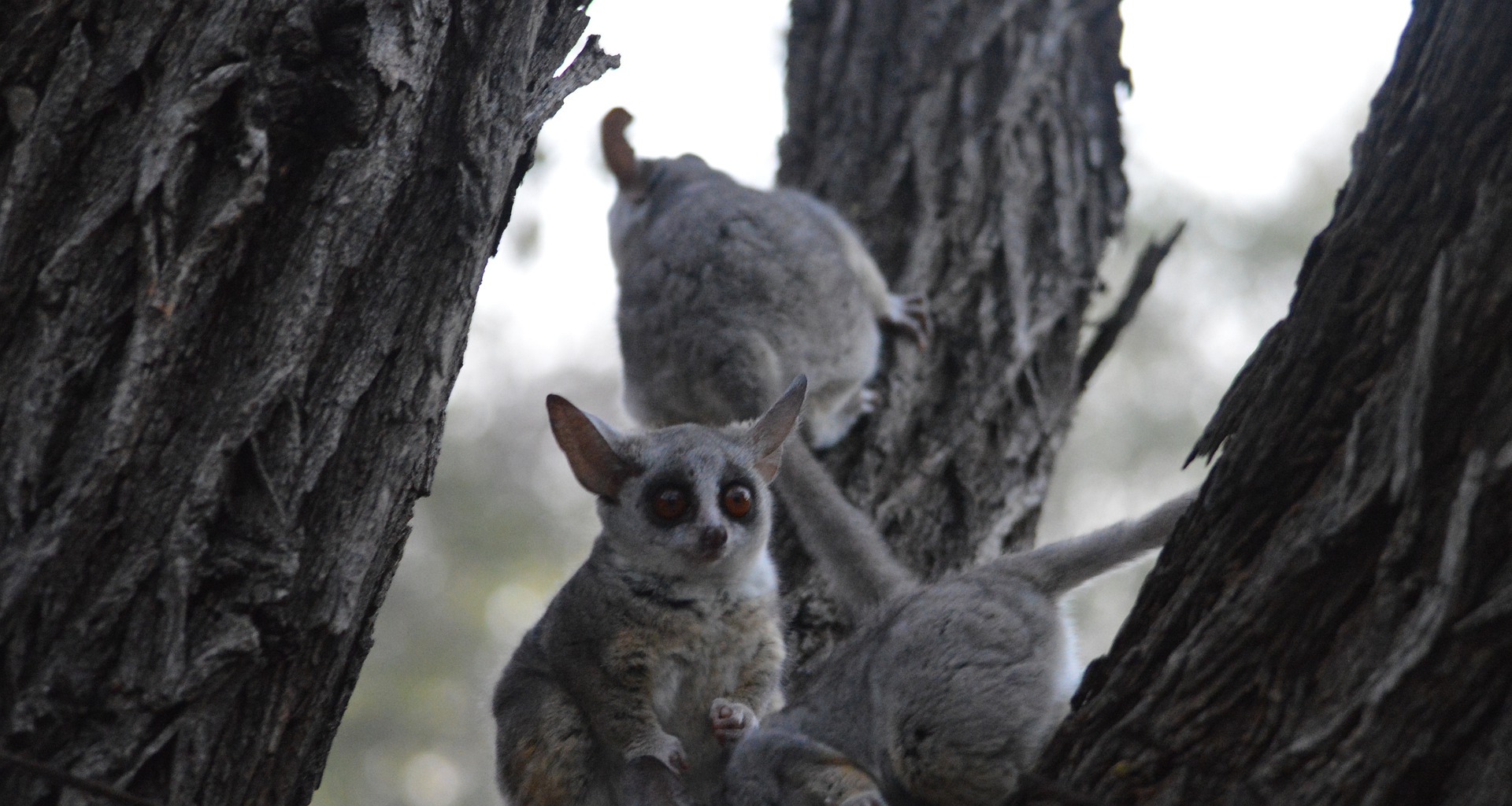 Bushbabies are primates related to the lemurs of Madagascar


Exclusive to Africa they are known for their ability to bounce between tree branches.

Another name for a bushbaby is Galagos.

Bush babies are named after the childlike wailing cry they use to demarcate territory and communicate with their family members.

A bush baby has a silver-grey to dark brown colored coat with a small head.

Bushbabies have long slender bodies with hind legs which are much longer than their head and body length.

An African bush baby obviously has very distinctive, forward-facing eyes that are enormous.


Its eyes are so large in relation to its head that they cannot move them in their sockets.

If they want to shift their gaze they have to turn their whole head.

Consequently, they can look directly backward over their shoulders.

They can appear in forests, thickets, and savanna woodlands. 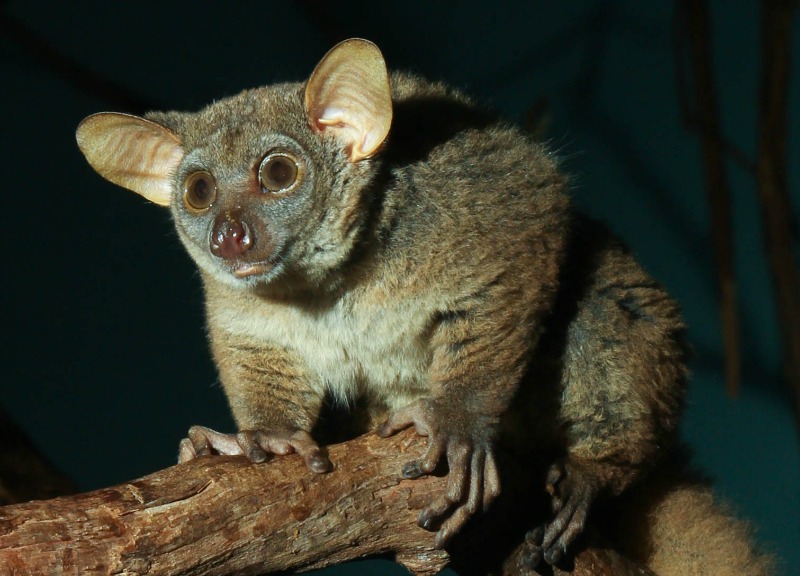 Bushbabies are found in forests in every part of sub-Saharan Africa.

Some species, like the South African galago, spend much of their time in acacia trees on the savanna.

The Somali lesser galago can be found in dry, thorny habitats.

Diet - what do Bushbabies eat?

Bushbabies are omnivores.  That means they can eat both plant and animal matter.

They will eat leaves, and fruit, and acacia gum.

The gums are taken from the trunks and branches of Acacia trees.

In some areas, they eat small insects.

Studies indicate that they spent more time gum-feeding in winter than in summer. 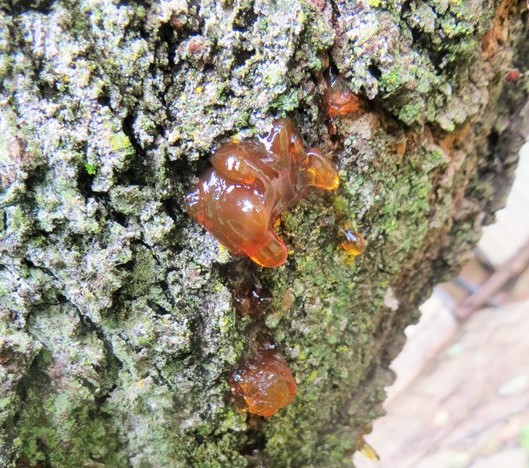 They find gum in the trunks and branches of Acacia trees. They especially like gum from the Acacia karroo tree.

During their nighttime movements, the bushbabies collect gum oozing onto the surface of the trees.

Teeth in the lower jaw are used to sweep gum away from tree surfaces.

The gum is an important part of the bush baby’s winter diet.

The gums form an important source of carbohydrate in the diet of the lesser bushbaby.

How did they get the name bush baby?

Despite its small size, it is a very vocal little animal.

They give a range of calls ranging from grunts, clicks, and crackles.

This together with the "cute" face may account for the name.

How do bush babies breed?

Males check the reproductive condition of females by sniffing their genitals.

Males fight savagely and a loser that cannot escape may be killed.

A female on heat aggressively repulses the male's first approach.

When she does finally allow it, mating takes place repeatedly for about five minutes every two hours. 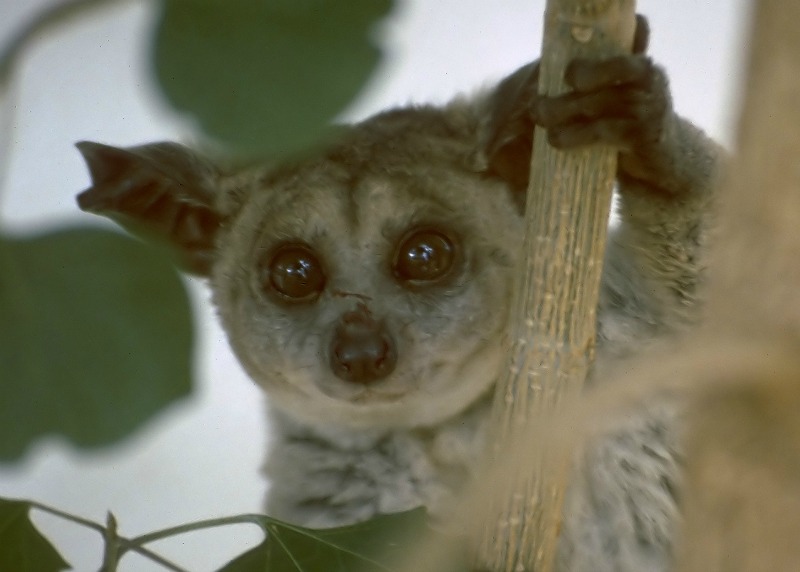 Bushbabies have large eyes to find their prey in darkness.

A mother stays continuously with her babies for the first three days.

The young are weaned at six weeks and are independent at two months.

Young males disperse a few kilometers from their birthplace while females often remain in their natal group.

How do these African animals catch their prey?

Using its large ears a Bushbaby can locate prey by a sound so precisely that it can catch flying insects from the air.

They are fast, agile, and very accurate.

This allows them to catch insect prey in the dark by snatching them from the air.

How do they mark their territories?

In line with their nocturnal habits, bush babies make heavy use of scent signals.

They have an unusual and elaborate way of scent marking, which is called urine washing.

This process involves dribbling urine over their hands and feet and then rubbing them together.

Subsequently,  they leave a trail of damp, smelly foot and handprints along their pathways as they move through the branches.

The sticky urine also gives them a better grip as they jump between branches.

Individuals have overlapping home ranges that they mark with chest gland secretions.

Who are their biggest enemies in the wild?

They are preyed on by large owl species, snakes, servals, African wild cats, and genets.

What is the difference between the thick-tailed bush babies and the lesser bush baby?

The thick-tailed version is more than twice as large and eight times heavier than the lesser Bushbaby.

It also has a more pointed face and a longer, bushier tail.

They live in groups of two to six, consisting of an adult male with females and their young.

They sleep together in thick foliage up to 12 m above the ground.

They usually forage alone but in fruit clusters will feed together in groups where they tolerate each other.

They will even occasionally indulge in grooming sessions.

These interactions are most common during summer when food is more abundant and there is less competition because it is outside the mating season. 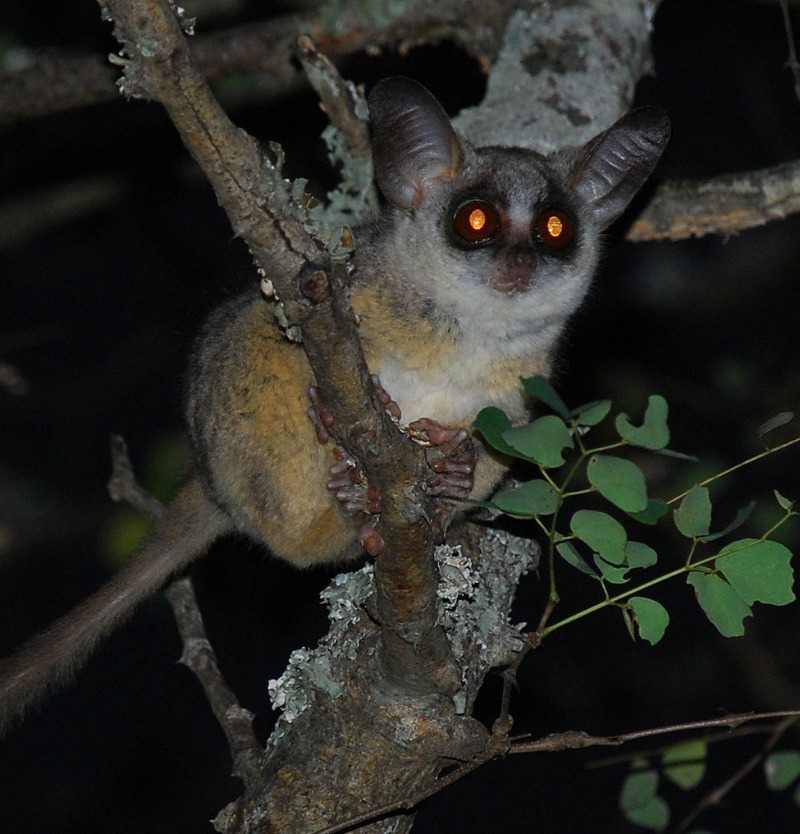 A Bushbaby's eyes cannot move in their sockets.

Lesser Bushbabies have a range of at least 25 calls.

They cluck and chatter when encountering intruders.

The alarm call is a shrill whistle and males cluck when following a female on heat.