Want to know some fascinating (and fun) Leopards facts and see the photos?

These African cats are the most common large cats in Saharan Africa - so it is ironic that it is also the cat that is the most difficult to spot when you are in the African bush.

This is because since they are rather shy, secretive, and mainly nocturnal.

In game reserves, leopards have grown completely accustomed to vehicles but do not expect them to simply stroll across the road, however.

These animals are very agile climbers and pound for pound, the strongest climber of the large cats.

To spot them you will usually need a pair of binoculars and scan the treetops on the horizon.

As you look for them in trees, you may notice them often draped along with thick tree limbs to escape the midday heat.

You may also be lucky enough to see them feasting on a kill they dragged aloft into a tree.

They do this to keep their prize safe from scavengers such as hyenas.

Where do leopards live?

Leopards are distributed all over the world in more than 70 countries.

On the continent of Africa, you can expect to see them in Ghana, Niger, Namibia, Rwanda, Senegal, Somalia, South Africa, Swaziland, Uganda, and Zimbabwe.

They can be found in a variety of habitats ranging from desert country to equatorial forests, high mountains to coasts.

Are these animals very territorial?

They are very solitary animals.

They defend territories against other leopards of the same sex but the territories of males overlap those of females. 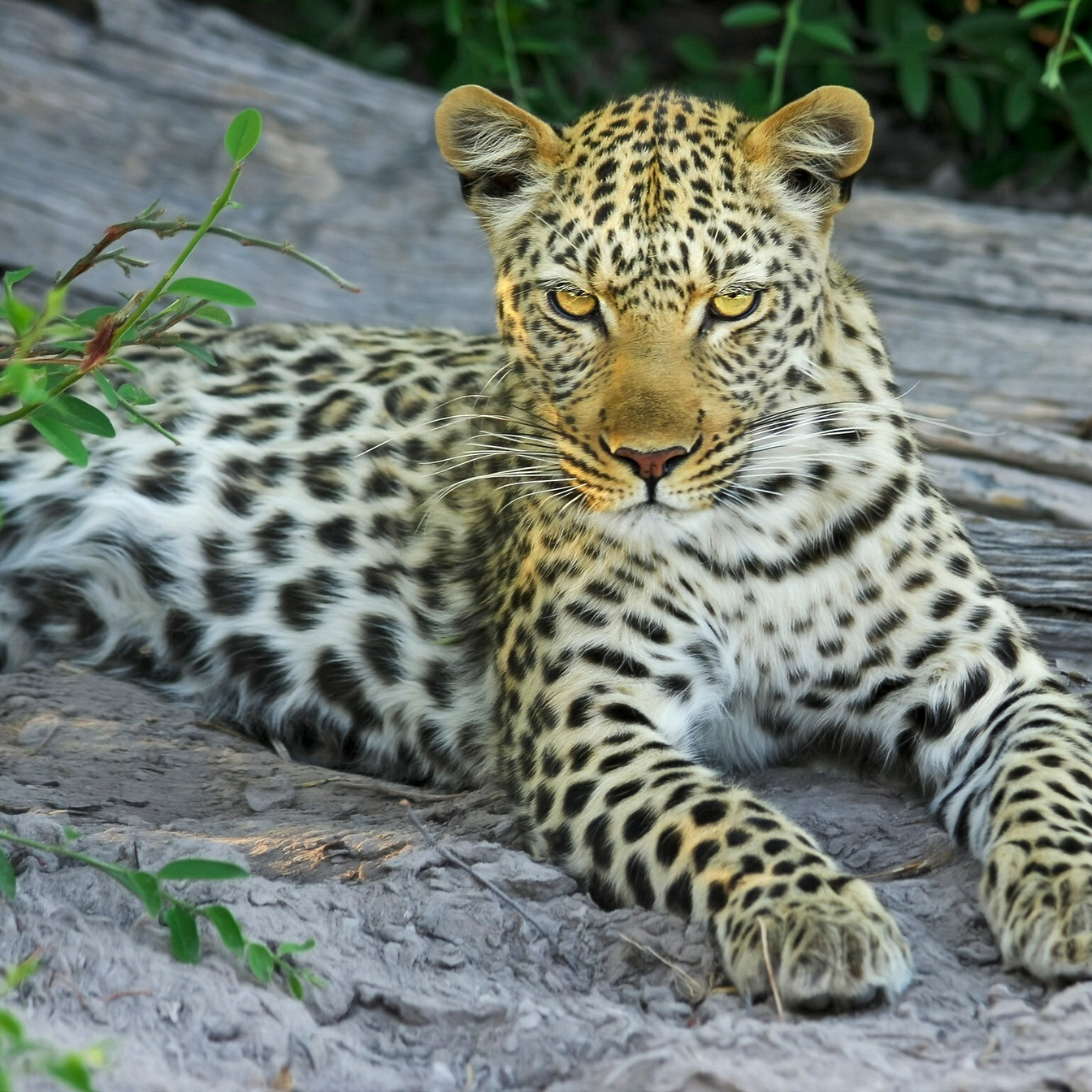 The spots on leopards are called rosettes.

They do seem to tolerate a certain level of overlap with their neighbors.

Rivals appear to avoid each other in some sort of "time-sharing system".

They advertise the occupation of a territory by marking it with urine and feces.

They also leave claw marks on the bark of trees and use vocal signals to mark their territory.

These cats have astonishing powers of navigation and homing.

This capacity has hampered attempts to relocate them away from the human settlement when they become stock raiders.

What sounds do leopards make? 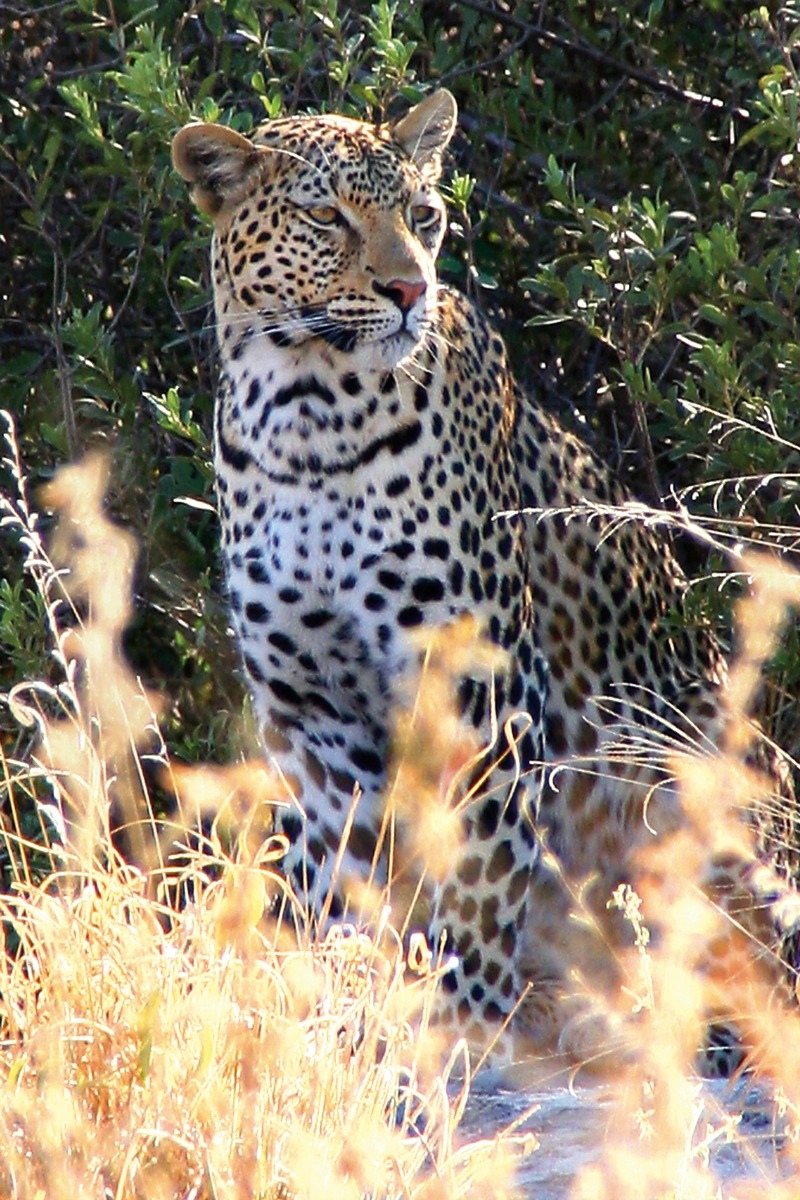 This call allows territorial neighbors to keep away from each other, and males and females to find each other.

These animals growl when aggressive and spit and snarl when they feel threatened.

What do leopards eat?

One reason behind their success lies in their diet, which spans a very wide range.

They eat almost any vertebrate, including:

In the Kruger national park their diet consists of:

They however prefer medium-sized antelope-like impalas.

It is well known they eat more predators than do other carnivores, particularly jackals.

How do leopards hunt their prey?

When it sights a potential target it stalks forward with head low and legs bent making clever use of cover. 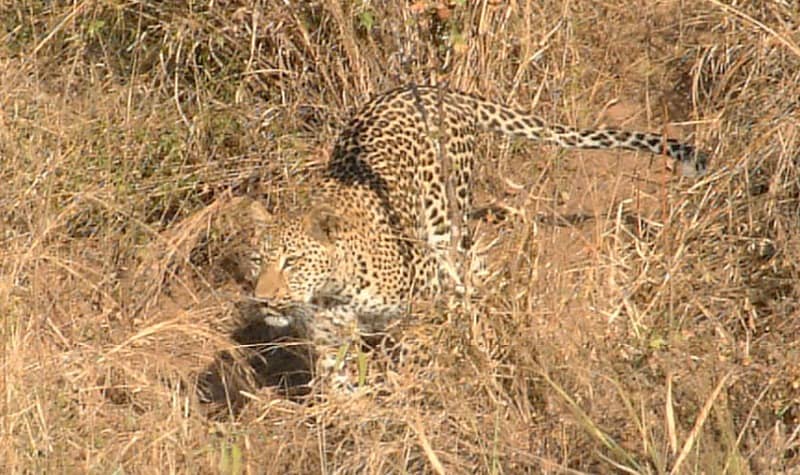 These cats can run at about 35 miles per hour

This African animal will stalk a target over distances of a few hundred meters, or wait in ambush if the target moves towards it.

Once it is within a range of about 10 meters, this cat dashes forward and uses the sharp, hooked claws of each forepaw to kill its prey.

The killing bite is directed at the nape of the neck or the throat.

Small prey such as mice, rats, and small birds are simply swatted to death with a single swipe of a paw. 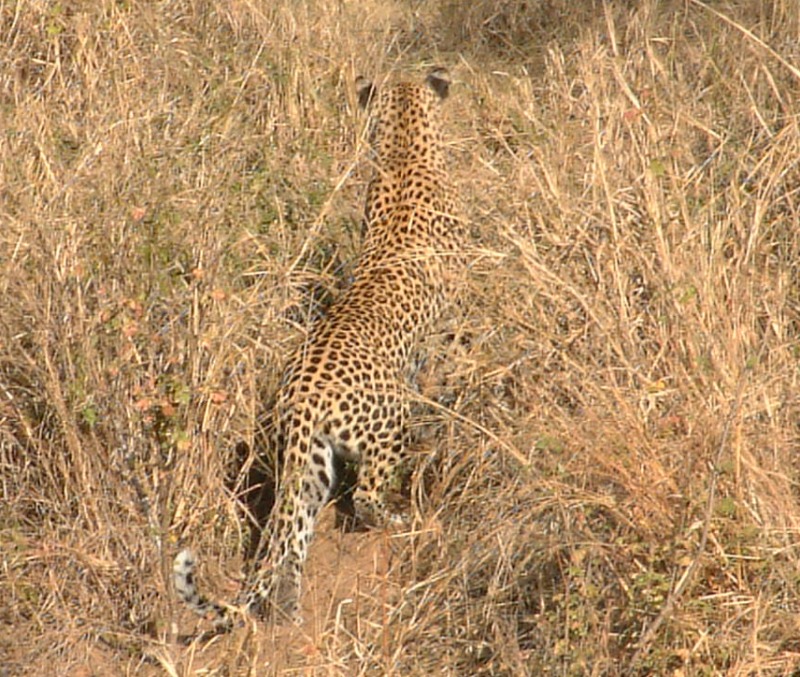 Individual leopards can be distinguished by their unique spot patterns. Scientists are therefore able to monitor their number and movements over time.

Guts of large prey are pulled out and discarded before it begins consuming its meals.

It uses its incisor teeth to pluck birds and furry mammals such as rabbits.

Where there are many scavengers around the prey is carried up into a tree and wedged among the branches.

Their strength is demonstrated by their ability to carry carcasses weighing more than 50 kg up vertical tree trunks.

They readily eat rotten meat and will feed on a stored carcass for up to four days.

They scavenge if they get the chance, and can steal kills from cheetahs, lone hyenas, and any of the smaller carnivores.

How do leopards breed?

A female on heat attracts males by the smell of her urine.

The male and female may stay together for several days, even sharing kills, and they mate repeatedly over a few days.

Female leopards give birth to a litter after a gestation period of 90 to 106 days. 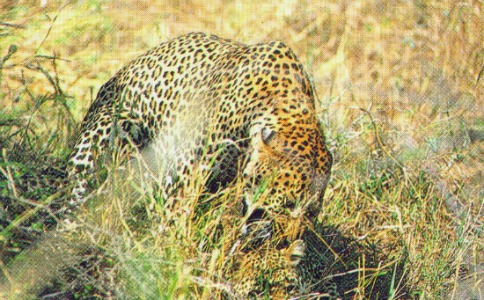 Cubs are born in heavy cover or caves. 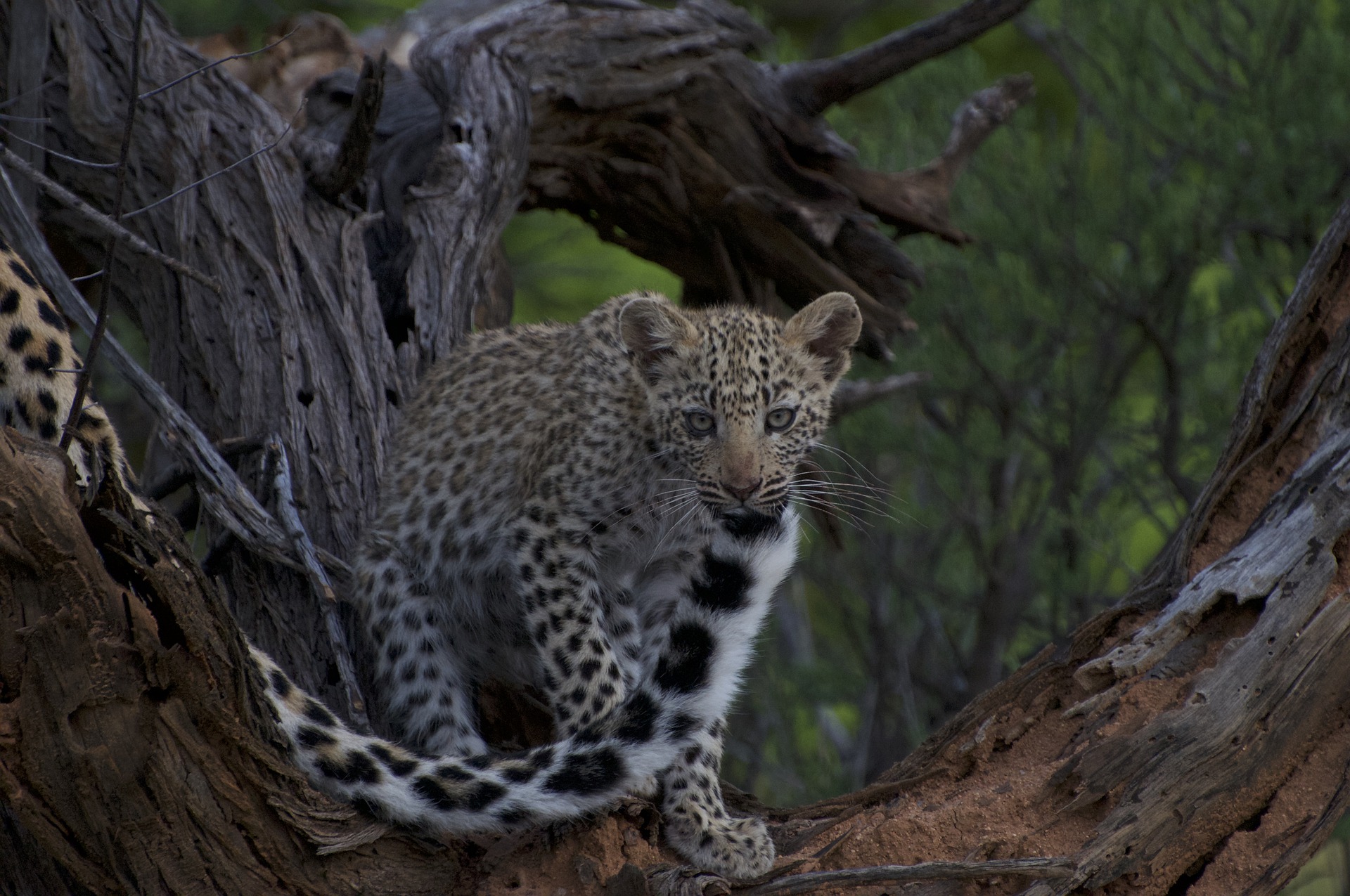 Leopard cubs are immensely vulnerable during the first weeks of their lives.

Leopard cubs are immensely vulnerable during the first weeks.

Cubs are born blind. Their eyes start opening at around 10 days of age. Leopard mothers move their cubs to a different location every couple of days to hide them from potential predators.

They first accompany their mothers on hunts at four months and usually make their first kills at five months.

What are the best places to see them in Southern Africa?

Your best chances of spotting one in the African bush is somewhere in the:

How endangered is this African animal?

A long time ago these African animals lived in a big range which stretched from Siberia to South Africa.

Today however, these cats have relinquished up to 75 percent of their original range.

Because this is such a difficult animal to track it has taken scientists a long time to recognize their global decline in numbers.

The biggest threats to them are habitat conversion for agriculture and other human development. They are persecuted by humans because of the conflict with livestock-keepers as well as game farm owners.

They are also targeted in the illegal trade in skins and body parts as well as some trophy hunting.

Leopards can survive humans in areas where they have enough cover to hide, access to their natural prey, and are tolerated by local people. 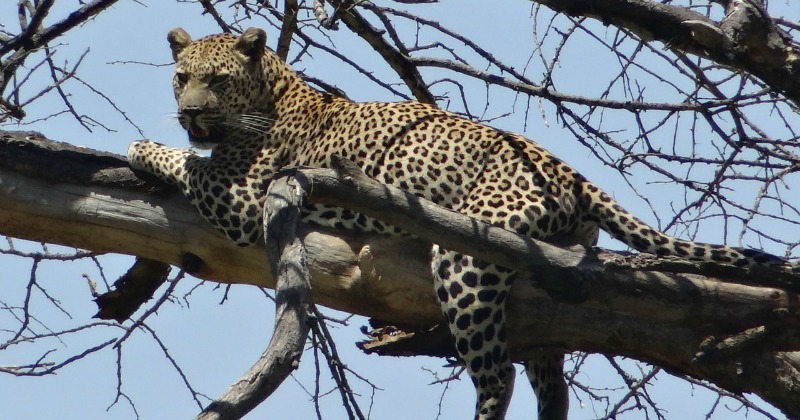 We call on everybody reading this to please support all initiatives protecting these magnificent cats. Our actions will determine the leopard’s fate during the next few years.

You can start by sharing this page with your friends through your preferred social media channels.