Want to know some interesting Nyala antelope facts and see the pictures?

Did you know that the Nyala is the most sexually dimorphic antelope in the world?

Sexual dimorphism is the differences in appearance between males and females of the same species. 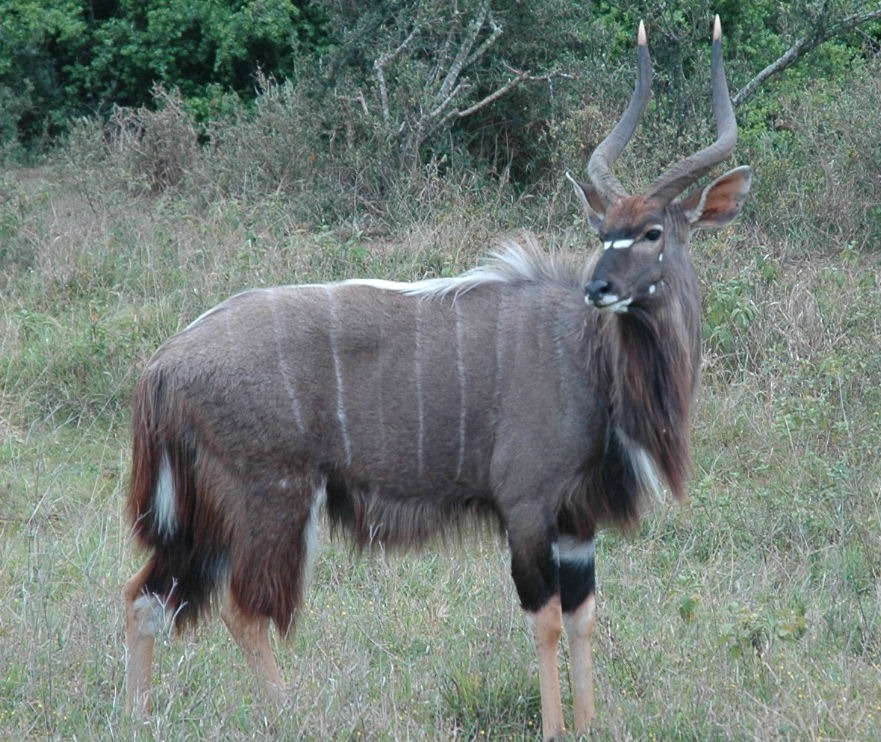 But let's start with this:

What is a Nyala?

Nyalas are they dry land  version of the sitatunga and only found in the southeastern parts of Africa.

The Nyala is a spiral-horned antelope that looks like a hairy version of the sitatunga antelope.

The name Nyala is an African girl's word that means "mountain goat."

Males are slate grey to dark brown with up to 14 distinct white stripes across the back going down the flanks.

They have white spots on their thighs and belly. 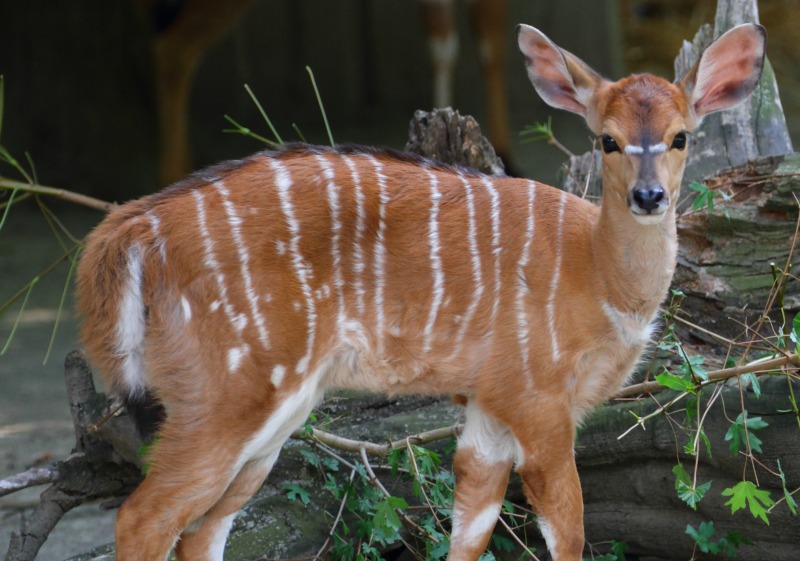 The bottom half of each leg is bright yellow. There is a dark brown band separating this from the color of the body.

There is a main of long hare running from the top of the head to the start of the tail.

Females have a bright chestnut color with up to 18 distinct white stripes across their back and down the flanks.

Nyala females have up to 18 distinct white stripes across their back and flanks.

Females do not have manes or fringes of long hair.

They are restricted to reedbeds and adjacent grasslands of the Okavango and Chobe.

During the annual flood they move out of the reedbeds for s short period.

Diet - what do Nyalas eat?

These African animals get most of their food by browsing broad-leaved plants.

They will also strip the bark from trees.

These African animals will often associate with troops of monkeys and baboons to take advantage of fallen fruit.

Are these African animals very social ?

These African wildlife animals can occasionally be seen in herds of up to about 30 animals but usually in groups of two to six.

The only stable social bond is between a mother and her two youngest offspring.

The other groups are temporary with animals joining and leaving.

How is dominance established among nyala males?

There is a dominance hierarchy among nyala males who have a complex range of status displays.

The bull may thrash bushes with his horns just before or after an encounter with another male. 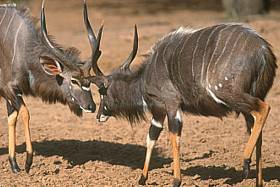 Nyala fights involves horn clashing and pushing each other

He does this as a way of demonstrating his strength.

He will sometimes also dig and toss soil.

With these displays the male will try to exaggerate his size by standing broadside to his opponent.

It will also display a fully erect dorsal crest and hold its head high.

He usually parades slowly and deliberately past his opponent with slow high steps of his bright yellow legs.

When in full dominance display the male curls his tail up over his back and displays the white underside.

He lowers his head so that his horns can point forwards. Sparring bouts involves horn clashing and push against each other. 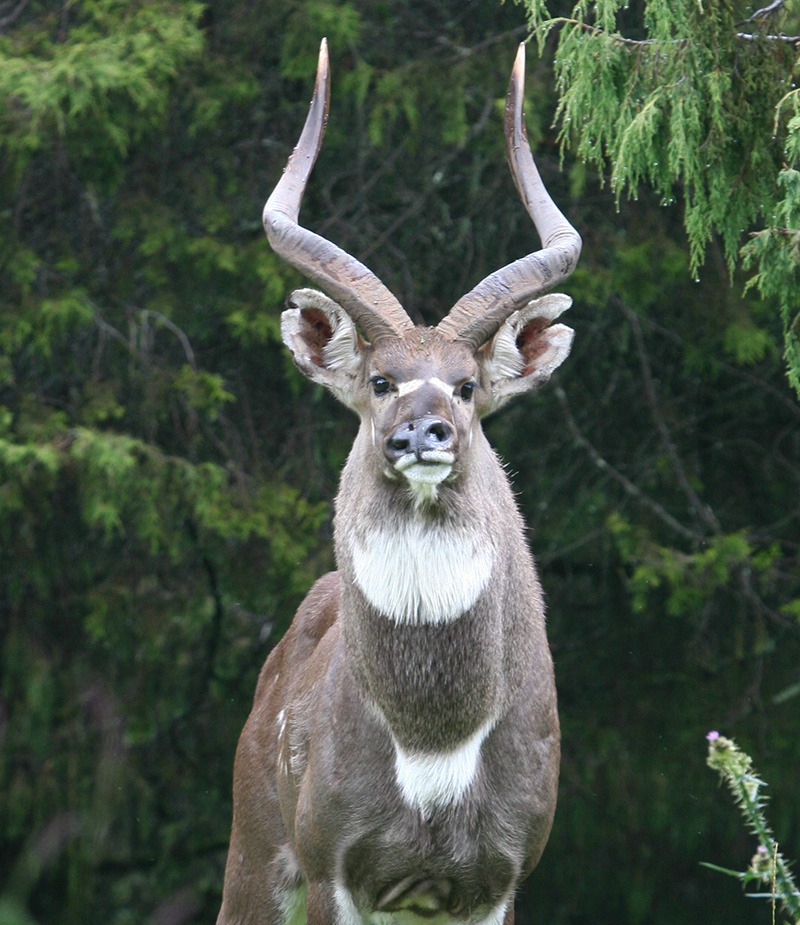 These fights can become savage, and are sometimes fatal.

A submissive male lowers his mane; turns away and slowly wag his tail.

He will stop the encounter by grooming or pretend feeding.

A bull checks the reproductive condition of a female by sniffing her genitals.

If she is on heat he courts her by following with his head stretched forward, and pushes his nose between her hind legs.

He butts her hard enough to lift her hindquarters off the ground.

When she becomes receptive he presses her head down then move around behind her and mounts.

A calf is born in thick cover where it lies hidden for two to three weeks.