What is a Kudu?

This is a tall and majestic antelope.

Kudu males are fawn grey while females have a cinnamon color. 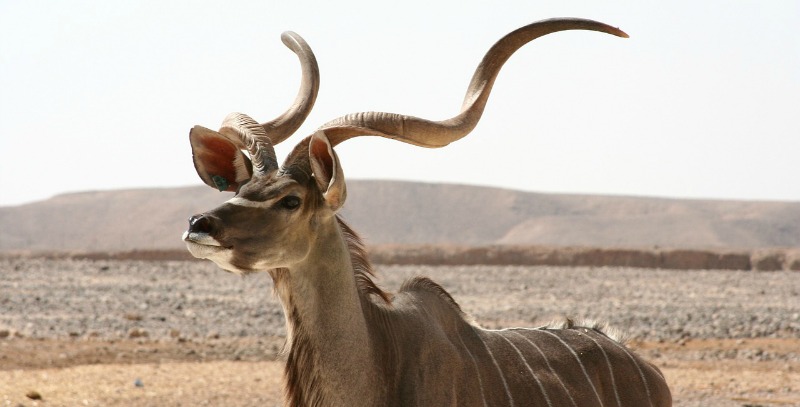 Kudu bulls have long fringe underneath the neck

Old males become greyer and darker in the neck area during breeding season.

Both sexes of the Greater kudu have a short upright mane from the top of the head to the shoulders.

The lesser Kudu is simply a smaller, miniature and very elegant version of the Greater kudu.

In Africa, the Greater Kudu is famous for its fence-jumping abilities.

They can jump a 3-meter fence easily and even 3,5 meters when doing it under stress.

What does a Kudu eat?

Kudus are browsers and eat leaves and shoots from a variety of plants. A browser specializes in eating leaves, fruits of high-growing woody plants.

That is what differentiates them from grazers as they will not feed on grass or similar low growing vegetation.

They feed below 1,8 meters.

Examples of higher feeders are giraffes. They easily reach leaves that are five metres and above off the ground. 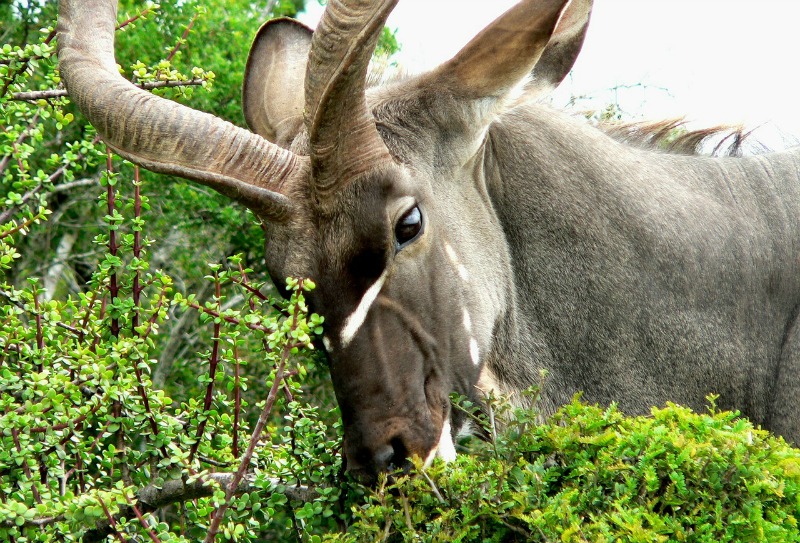 In the Kruger national park Kudus eat 148 species of plants

You will see that they only browse for about a minute on a tree before they move on to the next.

If leaves are out of reach you will notice that the bulls break down branches with their horns.

They can make severe damage to crops.

They spend all their time hidden in thick bush.

They usually stand very still and are exceedingly difficult to spot.

When disturbed in the bush habitat the animal will move away quietly or dash off after giving a loud, sharp alarm bark. 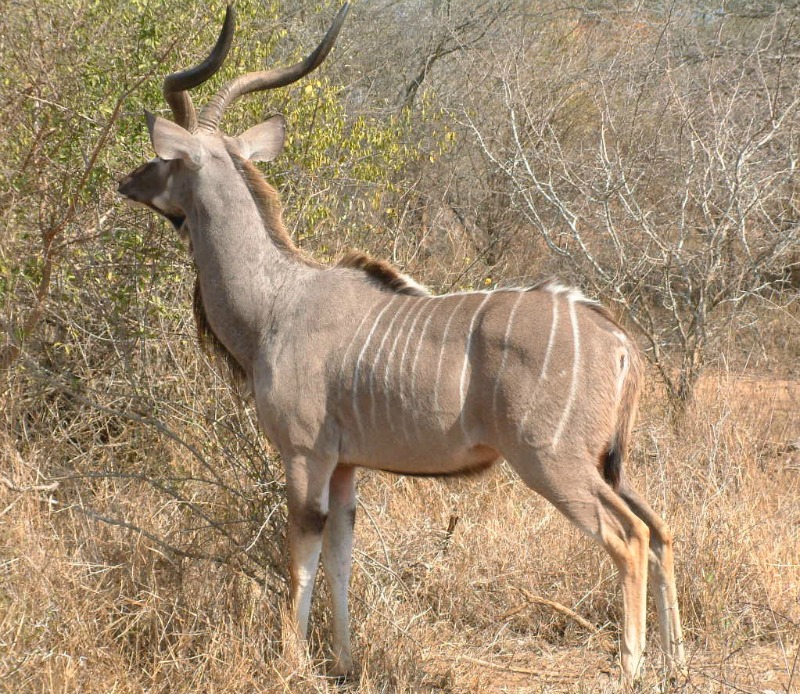 As they run the bulls lay their horns back close to the shoulders so that they do not hit overhanging branches.

The tail is curled up over the back exposing the white underside.

This serves as an alarm signal and a marker for the rest of the herd to follow.

Kudus are normally active in the early morning and late afternoon.

In developed areas they become nocturnal to escape hunting.

They live in small herds of up to about a dozen, but large numbers can sometimes be seen at water holes.

Are these very social African animals?

The composition of the herd changes during the year.

They are not territorial animals.

In the mating season males and females occur together.

The rest of the time the sexes are separate.

The females stay in their herds and the males live singly or in bachelor groups.

Social grooming happens in all type of herds.

What are the breeding habits of these African animals?

Kudu usually mate between May and August.

A bull checks the reproductive condition of females by sniffing of her urine.

The bull follows her with his head stretched forward and his horns back.

He stands behind her with his neck on the female rump.

They mate only once for five to ten seconds.

Cows leave the herd to give birth.

A calf is usually born in tall grass.

Its mother returns to her herd and visits the calf to suckle it three to five times a day.

The calf stays hidden for one to two months.

The get weaned at six months.

How is dominance established among kudu bulls?

Dominance amongst the bulls is based on size and fighting skills.

The males  thrash bushes and dig up soil with their horns.

Bulls compete for access to female herds displays with their horns vertical and manes erect.

Which predators hunt these African animals?

They make up 15% of spotted hyena kills in the Kruger national Park.