This park is large - covering almost 11 000 km² (about 4 300 square miles) and is probably best known for its huge herds of elephants.

Why should you visit Chobe National park?

Chobe National Park is located in the Northern part of Botswana which makes it close to the borders of Zimbabwe, Zambia and Namibia.

The Victoria Falls in Zimbabwe  for example is only a two hour drive away.

These four distinct eco systems contributes greatly to the extensive diversity of the game in the park.

The four areas areas include the:

So that means that Chobe covers river wetlands as well as Savannah grasslands. This the reason this park is home to some of the greatest concentrations of animals in Africa.

Quick guide: how to find the best wildlife viewing spots in the Chobe National Park

The Chobe riverfront is undoubtedly the most popular part of the park to catch a glimpse of a wide range of animals.

The river forms the reserves northern boundary as well as the international boundary with Namibia.

A major feature of Chobe National Park is its elephant population currently estimated at between 35 000 and 55 0000 depending on seasonal movements.

The Chobe National Park elephant make seasonal movements of up to 200 kilometers from the Chobe and Linyanti rivers  where they congregate in the dry season.

They move to the pans in the southeast of the park  during the rainy season.

This area is famous for having the biggest elephants in the world.

The unmistakable signs that this is elephant territory can be seen when you drive along the Chobe river.

The destruction they cause to vegetation is especially evident in winter months.

Elephants fell trees to obtain leaves that would be otherwise out of reach.

Although this seems to be a destructive action, it does have the ecological benefits of opening up dense habitats and promoting soil turnover. 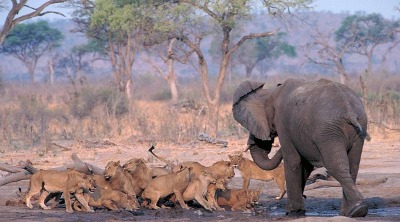 You are likely to see the Chobe elephants chasing other wildlife away from the water.

Because of tight restrictions on hunting, the animals in Chobe National Park are remarkably tolerant of vehicles and close up viewing is possible.

You can get so close to them that you can hear the deep rumblings as they communicate with each other.

There is many opportunities to see them at waterholes where young bulls often engage pushing contests.

From about mid morning you will be able to see animals like Burchells zebras and roan antelopes moving in to drink when the elephants moved off.

There is a nice waterhole just inside the entrance gate where you can see sables, greater kudus and bushbucks. 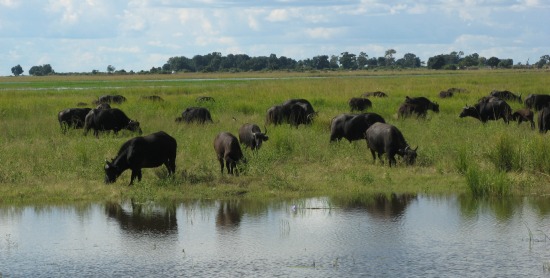 Big herds of up to 1500 buffaloes often occupy the riverfront.

We suggest you leave your camp early to catch them moving into the woodlands where they will spend the day.

Wherever you find buffalos, you know that lions are never far away.

The dense cover in the area often allows the lions to isolate and hunt down their prey.

The Chobe riverfront provides visitors with good opportunities to watch a lion kill.

Lions often target young buffaloes that have been born between the January and April calving season but the adult buffaloes are also in their sights.

If you want to see some of the predators in Chobe National park like lions, hyenas and leopards in action -  you should consider that they also hunt at night.

The boat cruises provide the best way to view the Chobe hippos up close.

The wildlife is abundant in this area.

Large pods of hippos are common in the river.

This and the fact that the Victoria Falls is only about 100 kilometers away means that this area do attract a lot of human traffic and the river can get crowded with people.

It will take you about a day from the Chobe river to get to Savute.

Many people think Savute is very similar to the Serengeti Plains because of similar scenery and wildlife migration patterns.

In 2010 this water reached the Savute marsh, in the process creating a large water source for game in Southern Chobe.

You will find your wildlife watching experience here totally different from the Chobe riverfront.

The Savute channel flowed for the first time in about 25 years in 2008.

This area has many natural pans and artificial waterholes that offer superb viewing opportunities.

The water attracts elephant bachelor herds and lone bulls, most of who are placid and very tolerant of vehicles.

Take note that the sandy roads of the Savute are not always easy to negotiate in summer.

You should check this with the camp management ahead of time before you set out for the day.

Because of heavy rains these roads can also become become soaked and difficult to drive on.

This sometimes lead to road closures between December and March.

While you would think that elephants don’t have natural enemies because of their size, somebody forgot to tell the Savute lions. 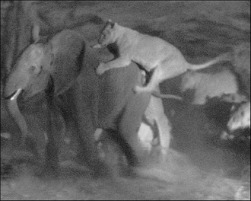 Some Chobe lions hunt the elephants at night.

It is believed that the Savute lions have learnt over time to kill bigger prey by virtue of their large pride size. 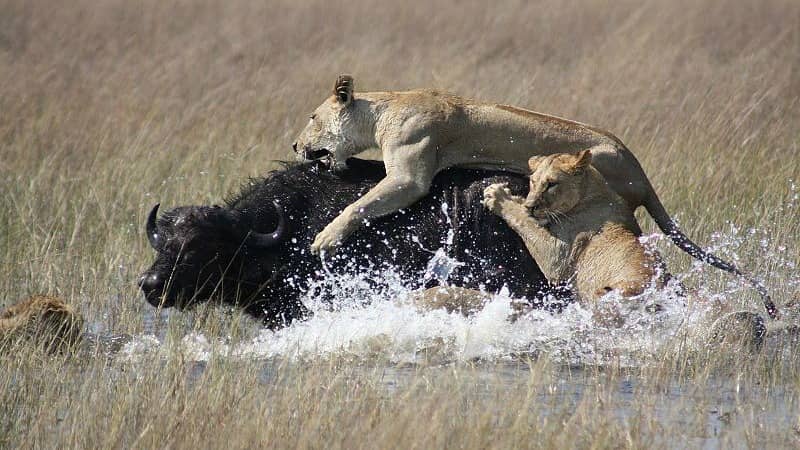 Lions can at times tackle Cape buffalos weighing up to 1000 kg.

They are currently successfully hunting adult elephants and estimates indicate that they kill on average one elephant every three days.

This is the part of the year when the zebras and other plains game have migrated out of the lion territory.

In the Linyanti area of Botswana there is also a pride that specializes in hunting hippo.

The question researchers are trying to answer is whether this behavior is learned or acquired from memories from a previous experience.

The Ngwezumba region provides some escape from the crowds

The Chobe region in the park can get very crowded, so if you are looking for a more quite spot away from the crowds you should explore the Ngwezumba region.

It is located between Savute and Chobe and has undergone very little development.

The two camp sites of Nogatsaa and Tchinga allows you to watch excellent sightings of elephants,  buffaloes and  lions literally meters from your tent.

A very different  habitat can be seen at Linyanti

The Linyanti River forms a natural border between Namibia and Botswana.

The river course makes a sharp turn from southeast to northeast.

In the benda swamp has formed on the Namibian side that is very similar in appearance to the Okavango Delta.

On the southern banks of the Linyanti River the marsh subsides into lagoons and steadily flowing rivers with riverine forests.

Papyrus reeds, jackal berry and sausage trees leading to open savanna grasslands sets the scene for an area that is particularly rich in birdlife. 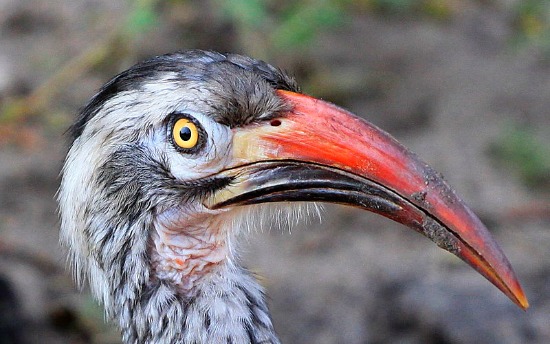 This is a prime bird watching area, with 450 species present during the rainy season.

The birdlife is diverse, with plenty opportunities to see-

Large colonies of carmine bee-eaters build their nests in the sandy banks of the Chobe river.

The wildlife here is plentiful, especially in the late dry winter months of September to October.

This is when big concentrations of elephant and buffaloes return from Savute to congregate along the river.

Thousands of Burchells zebra spend the winter in the Linyanti before heading south to the Savuti in November in expectation of summer rains. 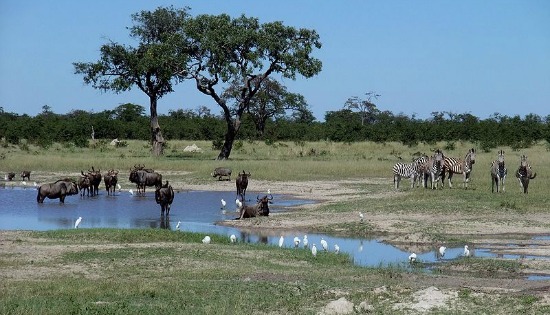 This area is also rich in smaller carnivores like servals and Selous mongooses.

You can expect to see sable and roan antelopes here while red lechwe antelope roam the wetlands.

Aside from the many lions you also have a reasonable chance of seeing leopards, cheetahs,  African wild dogs and hyenas.